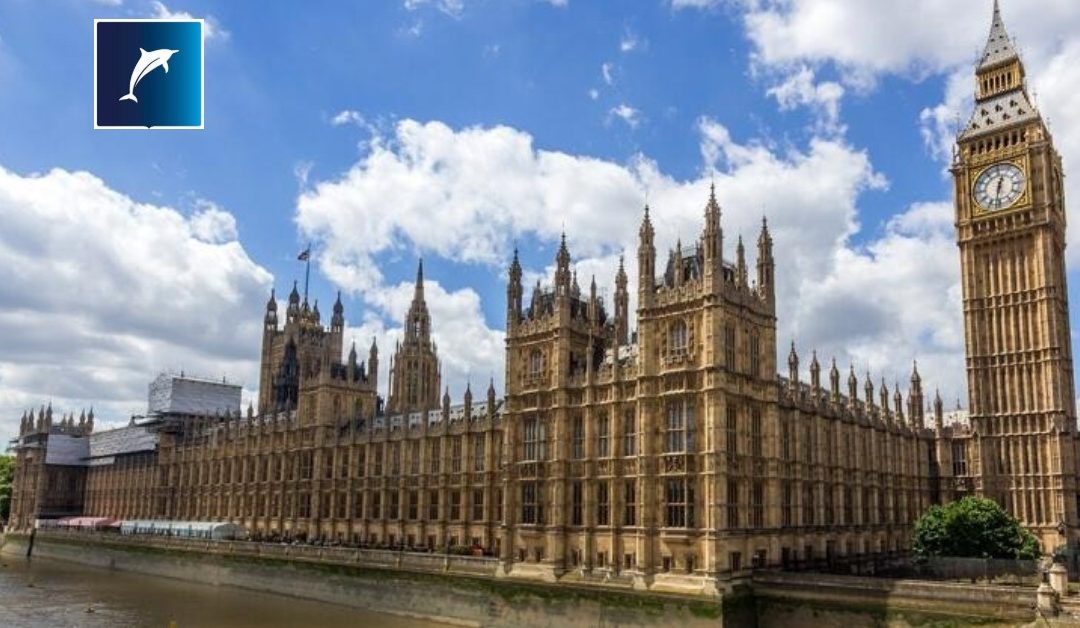 Sunak has faced an extraordinarily testing time since taking on the role of chancellor, with the unexpected challenge of a global health crisis. He used his second budget to flag the UK’s successful vaccination programme, with a pledge to continue doing “whatever it takes” to support businesses and jobs.

However, balancing the books in the wake of the pandemic will be essential, given forecasted borrowing of £355bn over the current financial year, a peacetime record. The Treasury has announced the launch of tax consultations on 23 March, which are expected to pave the way for significant tax rises to pay for the enormous cost of the pandemic in future budgets. But, for now, a rise in corporation tax alongside a series of frozen thresholds will raise some revenue. Here, we look at the main announcements and what they mean for investors.

Covid-19 support
The furlough scheme has been extended until the end of September, despite the strength of the UK’s vaccination programme and roadmap for releasing lockdown. The Job Retention Scheme was originally due to end on 30 April, but its extension is aimed at supporting businesses while they get back on their feet.

Around 4.7m people have recently been under furlough, according to the latest government figures, with about 68% of the people receiving support under the Job Retention Scheme working in the travel and hospitality sectors. With business closures and industries hit hard by a series of lockdowns over the past year, it was inevitable that further income support would be needed. Sunak also confirmed a fourth grant under the self-employed income support scheme, and a fifth from May. Each of these grants will pay up 80% of three months’ average trading profits, capped at £7,500. Those whose turnover has fallen by less than 30%
will be eligible for a reduced grant of 30%.

Business rates relief for the retail, hospitality and leisure sectors will be extended until the end of June. There will also be an extension to the VAT cut for hospitality and tourism sectors, until September. A Recovery Loans Scheme will offer loans up to £10m, with the government providing lenders with an 80% guarantee. In addition, around £5bn in cash grants were announced for businesses hit hard by the pandemic, including
shops, pubs, restaurants and personal care services such as hairdressers. The government estimates that around 700,000 businesses will be eligible for up to £18,000 each. Meanwhile, the temporary cash bonus
for businesses taking on an apprentice will increase to £3,000, to boost jobs.

The economy
The UK economy began 2021 with another lockdown, but the rollout of vaccines and a roadmap for relaxing restrictions is expected to prompt a rebound in activity. While the UK economy has suffered its worst downturn for more than 300 years, much of the bad news is hopefully now in the past. The Office for Budget Responsibility (OBR) predicts the fastest economic growth in 2021 for almost 50 years, as the country emerges from lockdown. It forecasts the economy will return to its pre-pandemic peak by mid-2022, earlier than previously thought, with growth at 4% this year, and 7.3% in 2022, up from November’s 7% forecast. However, In the budget, chancellor Rishi Sunak used the government’s “fiscal firepower” to further support businesses amid the Covid-19 pandemic, while laying the groundwork for future tax rises to repair the country’s finances. Budget 2021 3 March 2021 the OBR still expects the economy to be 3% smaller than its pre-pandemic forecast in five years’ time. Meanwhile, the government’s support for jobs is working,
with unemployment expected to peak at 6.5%, compared to the November forecast of 7.5%. Ultimately, the country is not facing a fiscal crisis and can continue to borrow while interest rates remain low, despite
the high levels of borrowing.

Corporation tax
Sunak announced a significant rise in the rate at which company profits are taxed, saying it was ‘fair and necessary’ for businesses to contribute to the UK’s recovery, given the huge support packages provided
during the pandemic. Corporation tax will rise from 19% to 25% from April 2023, an increase that is expected to raise £12bn per annum. Even after this rise, the UK’s corporation tax will be among the lowest in the G7. President Joe Biden is raising this tax from 21% to 28% in the United States. However, companies with profits of up to £50,000 will continue to pay corporation tax at the current rate of 19%. Meanwhile, a taper above £50,000 will be introduced, with Sunak stating that only 10% of businesses will pay the new, higher rate of tax.  There will also be an extension to the loss carry back for businesses to help otherwise-viable UK businesses which have been pushed into a loss-making position. The trading loss carry-back rule will be temporarily extended from the existing one year to three years. This will be available for both incorporated and unincorporated businesses for up to £2m of losses in each of 2020-21 and 2021-22. The chancellor made a series of announcements that could affect you when the new 2021/22 tax year begins on 6 April. Here, we consider some of the most significant.

Personal allowances
The chancellor froze the personal tax allowance and higher-rate tax thresholds, saying that although these will rise in April 2021 they will then be frozen until 2026. The personal allowance, which is the amount you can earn each year before you start paying income tax, will rise to £12,570 from £12,500 in April. The higher-rate tax threshold will rise from £50,000 to £50,270. By freezing these thresholds, instead of increasing
them every year during this parliament, this measure is expected to raise around £6bn per annum. Some have called the freezing of allowances a ‘stealth tax’, or a way of dipping into people’s pockets without them realising amid the rising cost of living – although the chancellor was at pains to be open about this in his speech to parliament. The National Insurance Contribution (NIC) threshold will rise to £9,568 for the 2021/22 tax year before being frozen.

Pension lifetime allowance
The chancellor has also chosen to freeze the pension lifetime allowance, which is the total amount you can save into your pension before incurring tax charges. Recently, the lifetime allowance has increased each tax year in line with inflation. But from the 2021/22 tax year, it will remain at £1,073,100 until 2026. Money withdrawn as a lump sum above this level will incur a 55% tax charge, while money withdrawn as income will
incur a 25% charge, with the remainder then subject to income tax at the individual’s marginal rate. The freezing of this allowance will see more people paying additional tax on their pension benefits.

Capital gains tax
Business and property, and investors with unrealised capital gains may face a tax hit in future budgets. For now, however, the rate of capital gains tax (CGT) has also been frozen until 2026.
The chancellor announced a review of CGT last year, with the conclusion being that the current rules created ‘odd incentives’, with CGT taxed at a lower rate than income. CGT is currently charged at 10% and 20% for most taxable assets, or 18% and 28% for properties that are not a main home. At present, the annual tax-free allowance for capital gains stands at £12,300, but there are plenty of reports speculating that this may change in the future.

Stamp duty
The stamp duty holiday has been extended until the end of September to keep the property market buoyant as the country emerges from lockdown. Originally part of a series of measures to boost the
economy amid the pandemic, the stamp duty threshold was increased to £500,000. Homebuyers pay 5% stamp duty on the property’s value from £500,001 to £925,000, 10% on £925,001 to £1.5m, and 12% above £1.5m. The holiday enables people to save up to £15,000 on their stamp duty bill. Unsurprisingly, the chancellor has kicked the tax-raising can down the road. For those expecting the worst, they are relieved to only have had their allowances frozen. That story could be quite different next year.

I don’t envy the chancellor at all. He’s
stuck between helping the economy
recover and raising taxes to fill the deficit
black hole (and prompting a Tory
rebellion if he raises them too soon).
This was a well-judged budget, careful
not to trample on any nascent recovery

However, the extension will see a tapering of support from June, gradually reducing the nil-rate band. From July until September, the first £250,000 of a property purchase will be free from tax, falling to the original £125,000 thereafter.

Other points of note
UK infrastructure bank
The chancellor gave further details of the UK’s infrastructure bank, which will be supported by £12bn of initial capital and £10bn in government guarantees. The bank will fund £40bn of infrastructure projects that support the government’s ‘levelling up’ agenda. The bank will offer a range of products, including equity, loans and guarantees. Savers and investors – ISA allowance Fortunately, for savers and investors, there were no changes to ISA allowances. The main ISA limit for 2021/22 remains at £20,000, while the limit for Junior ISAs remains at £9,000.

However, plans were revealed for environmentally conscious savers with the proposed launch of the UK’s first sovereign green bond later this year. The bond will be offered by the Treasury-backed National Savings &
Investments and enable savers to support green projects, including renewable energy and green transport.

Pensions tax relief
Despite suggestions that radical reforms to this tax incentive might be announced, with rumours of moving to a flat rate of 25%, the chancellor chose to leave current rates and allowances in place.
However, the current system benefits higher earners the most, and there could be substantial savings from any changes, so the chances of future reforms is reasonably high. This might therefore be a temporary decision on an issue that could be revisited in a future budget. Even then it is unlikely any change would be introduced overnight, as any changes will mean investors and company pension schemes need sufficient time to adapt.

How we can help
If you would like to discuss any of the matters raised in the budget, please speak to your adviser who will be able to ensure that you are making the most of the reliefs and allowances available to maximise return.