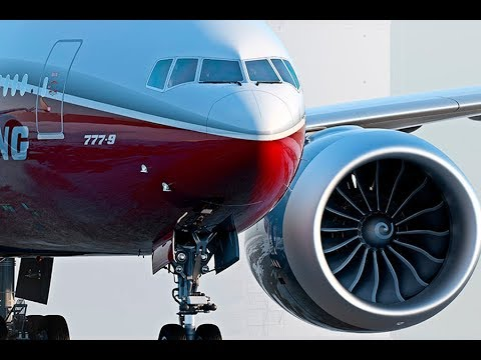 A mechanical engineering specialist has been rewarded with £357,000 of government tax incentives after revolutionising the way aircraft engines are cleaned, R&D tax specialist Catax can reveal.

Surface Finishing Engineering (SFE) in Wolverhampton is a world leader in providing turnkey solutions for surface treatment lines where special chemical processes are required on metallic parts and components. The company works closely with aerospace and aviation companies all over the world.

The firm received £357,804 back from the government in the form of R&D tax credits for significantly reducing the time an aircraft engine is removed off wing for maintenance repair and overhaul (MRO) work to be carried out.

“We had never claimed R&D tax credits in the past and Catax worked closely with our accountants to collect all the necessary evidence. At first, I was a bit sceptical because I hadn’t been aware that this tax incentive was on offer at all.

“It did not take long in my discussions with Catax for them to demonstrate that our innovations would qualify and I was taken a bit by surprise when the scale of the benefit became clear. We received the news only two weeks after the government announced a nationwide lockdown because of the Covid-19 pandemic so it was perfect timing.”

Maintaining engines large enough to power a Boeing 777 is a huge challenge. During their time in the air, these high-bypass turbofan engines draw in sand, dirt and airborne debris, which vary depending on where in the world the aircraft is flying. That’s why it used to take 30 days for aircraft engines to be periodically disassembled, chemically cleaned, inspected under UV light and then reassembled.

But then SFE was asked by one of its customers to come up with a way of reducing the time it takes to clean the engines so aircraft could get back in the air more quickly.

In the end, the firm decided to create a completely new piece of machinery to reduce the cleaning time to 14 days — a 50% gain. SFE worked closely with its client to develop and precision engineer a bespoke solution to chemically clean fully assembled, high-pressure turbine modules using proprietary chemicals with the assistance of advanced multi-directional ultrasonic soundwaves. It was a completely new piece of apparatus capable of housing the turbine while it is cleaned, meaning it no longer has to be taken apart.

Many firms don’t realise the work they do qualifies as R&D, which is defined as any work that seeks to resolve a scientific or technological uncertainty, whether that’s a new process, product or service. Crucially, R&D work does not need to have been successful to qualify and claims can be made up to two years beyond the end of the tax year in which the work took place.

Even with SFE clearly operating at the leading edge of its industry sector, the Company had not been made aware of the likelyhood of its activities qualifying for R&D Tax Credits.

HMRC recognise 13 UK Regions and the North East ranks at number 11 out of the 13, claiming only £85 million out of the UK total of £4.2 billion (only Northern Ireland and the Channel Islands claim less than the North East). We feel sure that many businesses in the area will also be missing out on what can clearly be a significant sum of money.

“A sum of this magnitude is going to help us navigate what is going to be an extremely challenging time for the aviation industry. The claim process was simple, and going through the various transitions of the claim were effortless. We are an organisation where our staff’s time is valuable, therefore I was pleased with the level of involvement from our side.”

Since Lockdown Catax have processed nearly 700 R&D Tax Relief claims for our clients who have received £23.7 million in tax benefits. Contact Ian Patrick on 03302 231257 or ian.patrick@catax.com to determine whether your business could qualify for this tax credit. Our average client tax benefit is £64,000 so your business could have a lot to gain from the phone call.