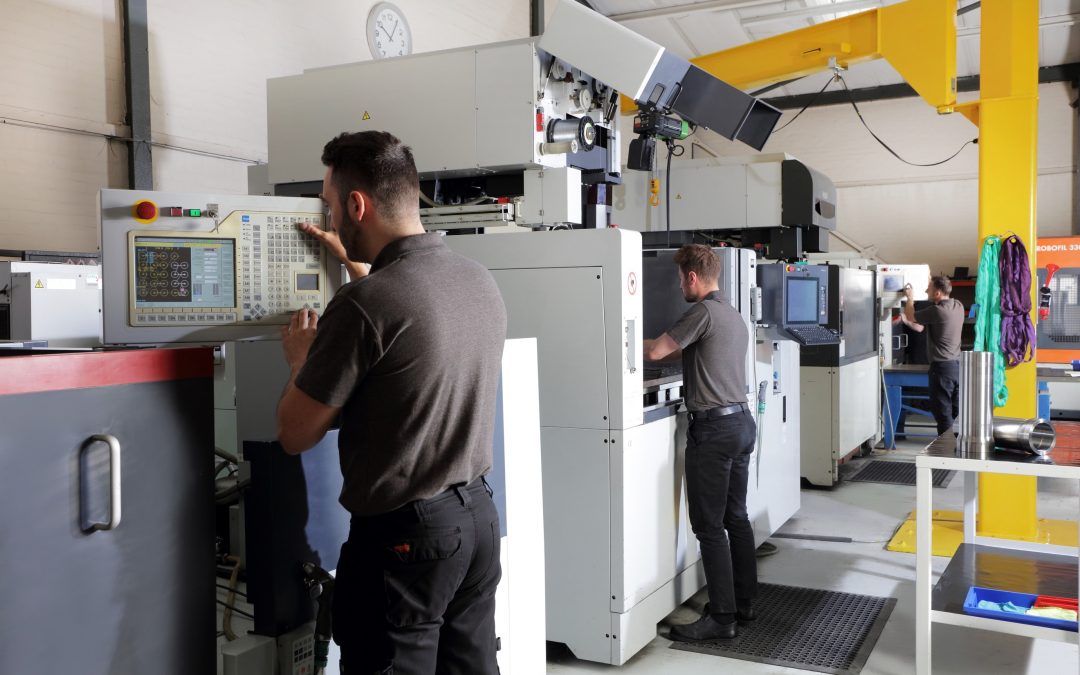 Newcastle based engineering specialists EDM Zone has been nominated for an Industrial Cadet Award 2019.

Nominated alongside two other businesses in the SME Employer 2019 category, EMN member EDM Zone will discover if they are taking the award back to Newcastle on the 21st November at the awards event in London.

The awards event could also have a royal presence, as HRH Prince Charles is a patron of Industrial Cadets and was at the awards last year.

Roger Wilson, Technical Engineering Manager at EDM Zone, said “Receiving the nomination was excellent! We’ve invested a lot of time into students. STEM activity has always been a real passion at EDM Zone, and it’s great that we’re seeing the benefits from this.”

Roger explained that EDM Zone became involved with Industrial Cadets when they contacted Walker Technology College and took seven first-year students on a week-long programme. He added: “Following great feedback from the College, we decided to open this up to other schools and colleges within the area.

“As part of the Industrial Cadets program, we have a structured approach in which the students work alongside different members of our team.

“Hands on experience can’t be taught in a classroom. Rather than simply sitting and observing for a week, we allow them to have meaningful hands-on experiences which they can take with them. The gratitude from the students and tutors is fantastic, and it provides a real morale boost to our own staff knowing that passing on their knowledge is having a direct impact on engineers of the future.”

Ben Gilhespy, Operations Director at EMN, said: “EDM Zone is hugely passionate about investing in young talent, equipping the cadets who come through the programme with the hands on experience they need to be ready to step into the world of work.

“To be recognised at these prestigious national awards is testament to their commitment to encouraging STEM development and wish them the very best of luck.”

Evolution Bottle and Packaging along with M-TEC Engineering Projects, are nominated in the same category as EDM Zone. Companies nominated in other categories this year include the RAF, GE (General Electric) and Balfour Beatty. According to Industrial Cadets, there was a record number of nominations this year, and it was tough for the judges to decide who would be on the final shortlist for each award.

“The Industrial Cadets Awards 2019 aims to showcase, recognise and present excellence awards to selected individuals, schools, colleges, employers and strategic partners” according to David Taylor, Partnerships Manager at Industrial Cadets. “The awards are part of a week-long event taking place from 17th-22nd November 2019, celebrating the achievement of young people who have taken part in an accredited Industrial Cadets programme, and those who have made a difference in the world of STE(A)M.”

This is the third year the awards have taken place, and there have been some notable previous winner. Last year Mazak – a global producer and supplier of machine tools – won Employers of the Year because of their work experience programme created for a SEND school.

According to Taylor, the Industrial Cadets programme is important as “an Industrial Cadets employer you can have a direct influence on the development of skills in young people, helping to build a future talent pool, raise aspirations and careers awareness.”