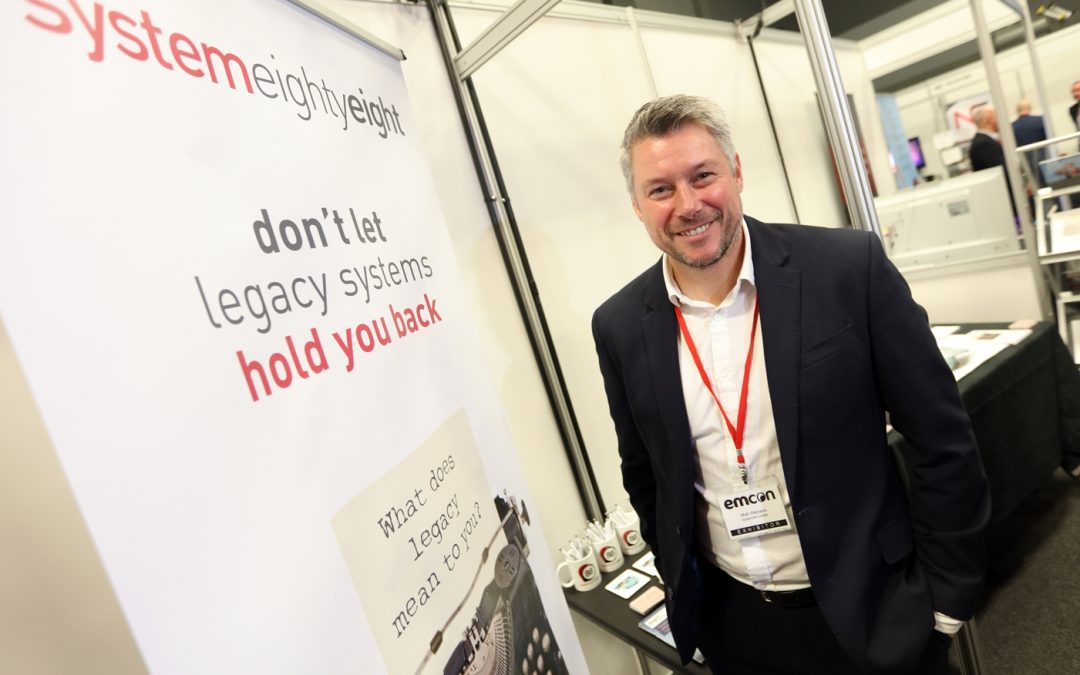 The firm, which was only launched in January, has already secured a global contract which has helped smash Matt’s first year turnover targets in its first three months. Here Matt, 47, from Durham chats to Leanne English about the business and his colourful past working with the Armed Forces.

Tell us more about System 88 Limited

My business works with any company or organisation that wants to improve outdated processes and do what they’re doing better. That could be a public sector organisation, an SME or a large corporate – one of my biggest engagements was with P&G and I’m also currently working with a number of entrepreneurs to create innovative new products and services.

It’s about finding smarter ways of working – understanding why they do what they do and helping to implement processes which, operationally, makes them more efficient.

That’s right, it has. I launched the business on January 16, setting myself some ambitious targets of how I’d like the first year to go. But as we head into May I have already surpassed those goals, which is exciting and scary at the same time.

In fact, things have been so positive that I am already looking at taking on one or two people to support me in delivering the workload.  I really didn’t expect to be thinking about recruitment so early on, but the demand is increasing every week and I’m also doing a lot of international travel, so the help will be needed going forward.

Before you set the business up you did something very different didn’t you?

Yes, I worked for the military for 10 years and completed active service abroad.  Unfortunately, I’d had a few close shaves so felt that it was time for a change of scenery.

When I did make the move to ‘Civvy Street’, I wanted to do something completely new and my first job saw me working for a large IT firm delivering IT support within a global bank in the City of London.

I started my IT career as a hardware and software engineer and took to it like a duck to water. In my first year, I won a company award at the annual conference and went sailing around the Caribbean which was an amazing experience. I moved up the ladder pretty quickly after that and went on to win another company award for improving the way they operated.

During my time in London I built up such a good reputation that I was headhunted by Sage which is why I left – I didn’t want to, however, I did want to come back home to the North East and that was what swayed it for me.

I was taken on as Head of Information Systems at Sage and was given a big budget with lots of responsibility.

I worked there for three years but really, I’d developed an itch to work for myself and go freelance, so I spent some time working for a small company to get that experience, as my background was mainly for big businesses.

In my last job I helped a small business grow from around £200,000 turnover business to approaching £1m.

So now you’re running your own business what’s the plan?

Well, given I’ve passed my first year’s target already, I think I’m going to have to set some new goals ha ha.

There’s certainly lots in the pipeline, including work I’m doing for a company in Australia, in which I’m a shareholder, and a joint venture I’m pursuing with another CDEMN member which is looking promising.  I’ve recently been awarded funding to build my own application, an idea I’ve had for some time, and I’ve just released an RFP to get quotes from several software development companies. It’s a really exciting concept, something that’s not been done yet but has been market tested and looks set to be a huge success.  I’m buzzing about this and can’t wait to see it born.

I’m also working with some huge global companies and those contracts are taking me to all corners of the globe, which is great, although a little tiring.

I think the main aim is to see where I can take the business, continuing to tap into the support offered by Ben through CDEMN, and looking to break into new markets.