REGIONAL FIRMS AMONG THE MOST CONFIDENT NATIONALLY 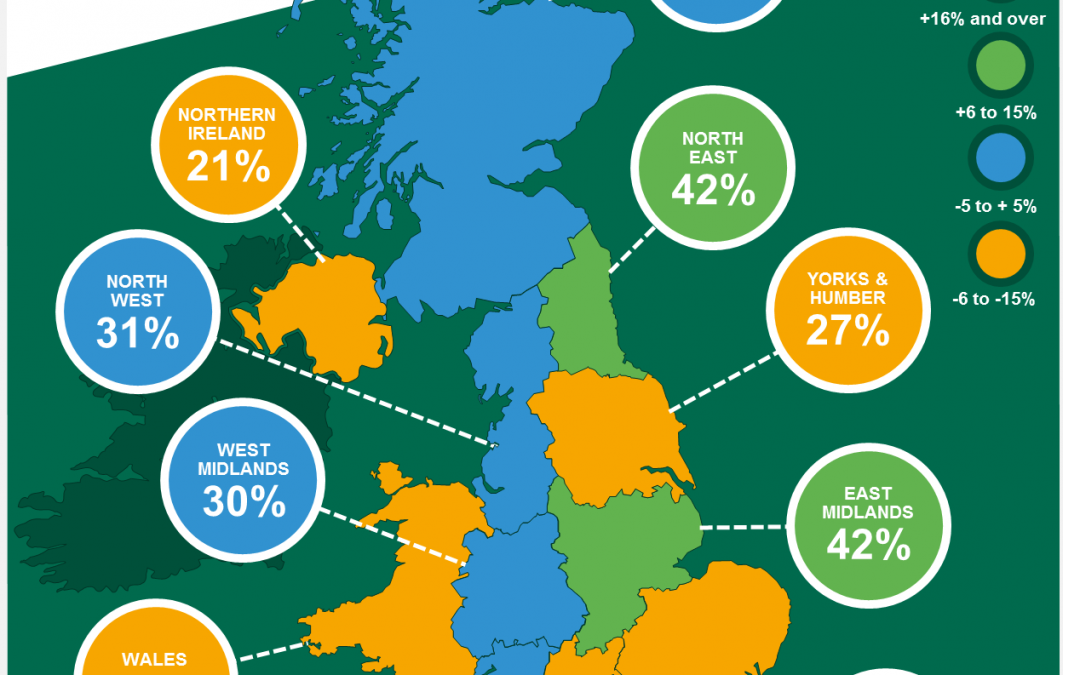 North East firms are among the most confident in the UK, according to the latest Business Barometer from Lloyds Bank Commercial Banking.

Business confidence in the region rose 24 points during February to reach 42 per cent, the second highest in the country, the report found.

Significantly, the net balance of businesses expecting to hire more staff during the next year rose by 25 points since January to 33 per cent, the largest month-to-month increase across all regions surveyed.

Together, this gives an overall confidence of 42 per cent, which is 24 points above last month’s figure of 18 per cent.

Nationally, overall confidence fell two points to 33 per cent, driven mainly by a fall in firms’ confidence in their own business prospects.

Leigh Taylor, regional director at Lloyds Bank Commercial Banking, said: “It’s encouraging to see the North East’s confidence rise so significantly since January, with the region now the second most confident in the country”

“Although we’re still feeling the effects of economic uncertainty, North East firms are sending a clear message that they’re more secure in their business prospects for the months ahead.

“This has been helped by the fact that the manufacturing industry, which plays a key role in the North East economy, is now the most confident sector in the UK, overtaking construction.

“But perhaps the most exciting finding is that the net balance of firms that expect to hire more staff in the next 12 month has jumped by 25 points since January.

“A jobs boost of this scale would be great news for the region’s economy and a clear demonstration that firms are prepared to invest in growth.”

Across the region, a net balance of 10 per cent of businesses said they felt that the UK’s exit from the European Union was having a positive impact on their expectations for business activity, up 23 points on a month ago when 13 per cent thought it was having a negative impact.

Overall confidence was highest among businesses in London, at 50 per cent, followed by the North East and East Midlands, both at 42 per cent.

Businesses in the South East were least confident, with an overall confidence 10 points below the national average of 33 per cent.

The manufacturing sector reported the highest level of overall confidence at 41 per cent, overtaking construction, where confidence dropped five points to 37 per cent in January.

“While this suggests risks are easing and that firms are expecting the economy to expand further in the first quarter of 2018, their confidence in their own businesses has slipped.”